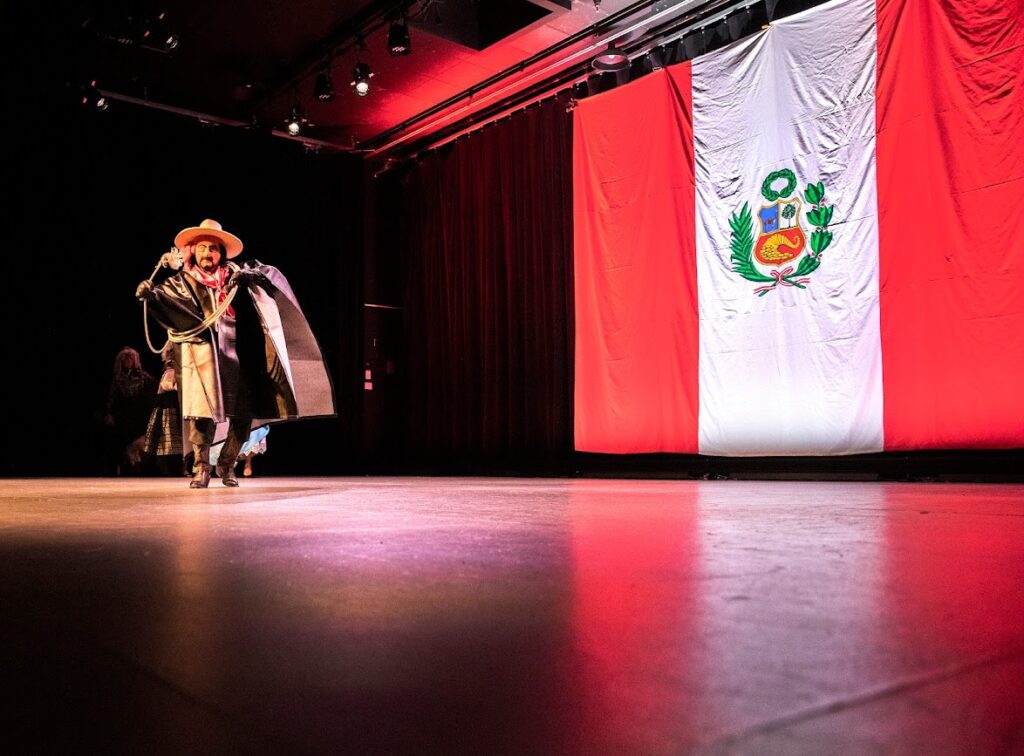 Twelve-year-old Las Vegan, Cynthia Suriano radiated confidence as she danced for the first time on stage the Tunantada, a traditional Peruvian dance, to a melody of wind instruments.

Her two braids bounced to the rhythm of the music as she made her way across the platform twirling fluffy tassels assembled together in the colors of the rainbow, dressed as her character Cusqueñita, one of the many personalities in the Tunantada. La Cusqueñita represents the people of Cuzco, Peru. Her older cousins, aunts and uncles danced beside her in their character costumes.

“It’s my first time ever dancing in a Peruvian dance. It was very fun, a very special moment,” Suriano said. “Nobody is afraid to dance in this family.”

The Tunantada originated from the valley town of Jauja in Peru and consists of various characters dancing together in harmony but not synchronized, usually performed in large groups and festivals. At the Winchester-Dondero Cultural Center, the family was able to bring the Juajan tradition to a smaller scale on stage.

Other members of the family and close friends interpreted other traditional dances and musical tributes throughout the Independence Day celebration, but the Tunantada holds a special place in the family’s heart because of the family’s roots in Jauja, said Luis Amaya, a member of the Peruvian Chamber of Commerce.

The dance satirizes the dynamic between Spanish settlers and the native Peruvian people during the colonial period. The Spaniard characters dressed in big skirts covered in beading and gold and silver embroidery, lace veils, hats with feathers, props such as handkerchiefs and canes, and a “second face” – a mask to hide the dancers’ identities.

This portion of the article is shared as part of our collaboration with The Nevada Independent. This story was originally published on August 4, 2021, and written by Janelle Calderon.