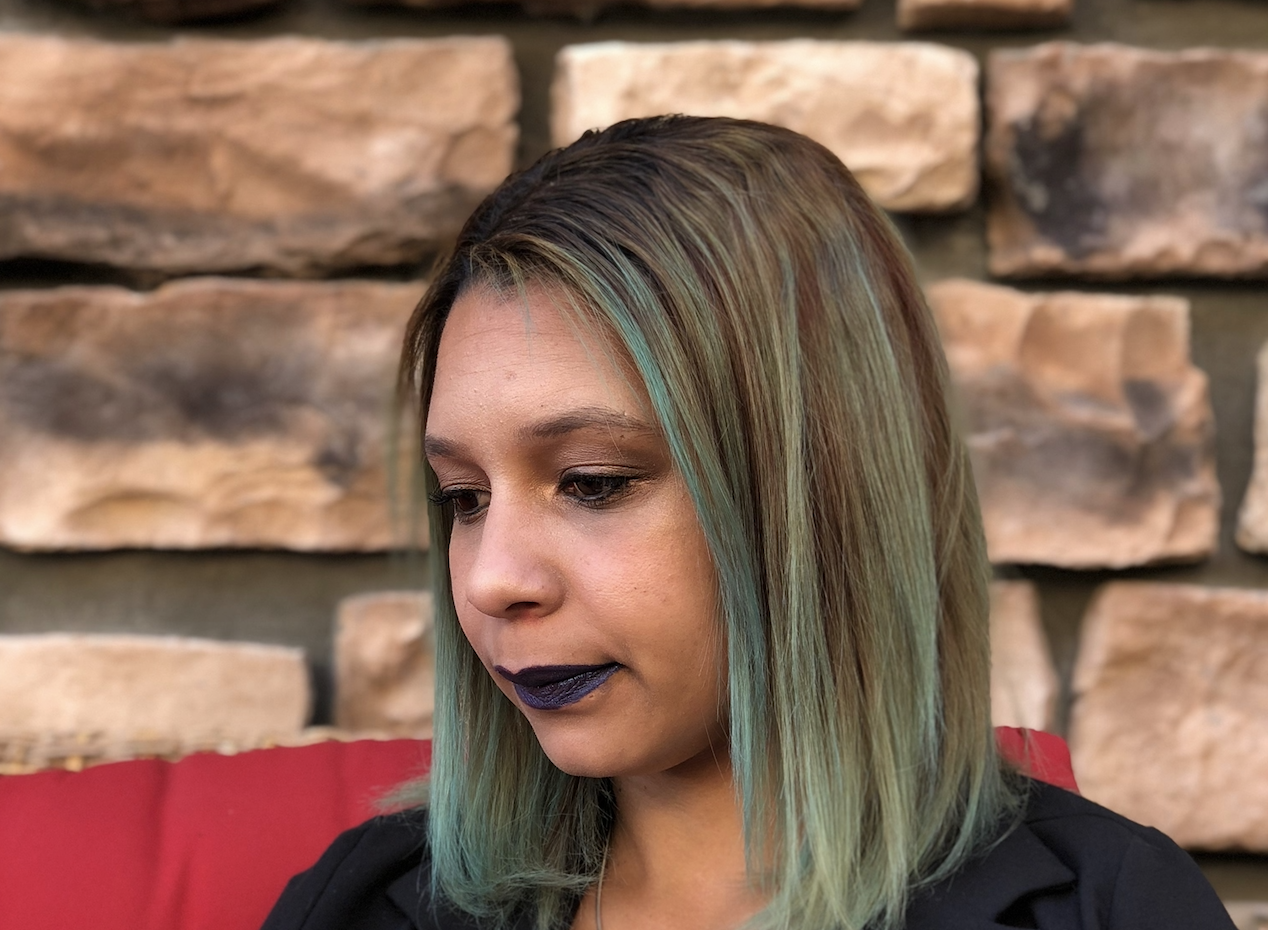 *This story contains content on physical, emotional, and sexual abuse and may be triggering for some readers.

Nina Shapey was 12-years-old when she was taken by Child Protective Services in Elko, NV. She never knew her father, and she was raised by a mother who abused her physically, emotionally and sexually for most of her childhood.

Once under the custody of Elko County, Shapey spent the next six years of her adolescence in over 40 different foster homes, three different mental health institutions and one juvenile detention center. Nevada has the highest rate of unaccompanied homeless youths in the nation, and constant transition for foster youths is somewhat of a norm in Washoe County.

Nina’s case file would tell a story of a girl whose childhood and innocence were corrupted by abuse and inconsistency. It would show a long list of mistreatment by the institutions that raised her, and the health consequences that followed. The case file would indicate that her chances of ever living a normal life are slim, but at 25-years-old, that’s exactly what she’s doing.

Today Nina is a fiancée, a full-time mother of a two-year-old boy, a homeowner, and part-time employee at the Nevada Youth Empowerment Project. NYEP is a female-only community living program in Reno, NV. Nina graduated from NYEP three years ago and credits most of her success today to the program and its founder Monica DuPea.

Monica founded NYEP 12 years ago and has since assisted young women just like Nina who’ve experienced homelessness or abuse in their adolescence. Girls who are ready and willing to enroll in NYEP’s program learn to be productive and self-sustaining members of society, including learning tools needed to be good roommates and practitioners of self-care.

“NYEP became my family. Monica is basically my mother. She’s my mentor. She became the person that I can rely on and trust. She’s very honest and blunt too, which is what I needed. I trust her with my life,” said Nina.

Trust is something not easily gained for the people in Nina’s life. As a teenager, she was diagnosed with PTSD and attachment disorder, both of which she still struggles with today.

“I’ve known my fiancé for three years, and I don’t trust him that much. It’s something I’m still working on. I still think about my past. It haunts me in my nightmares. I hear the girls’ stories here at NYEP and it brings me back to my past, but my past is just that. It’s history. It’s what I do to correct it that matters,” said Nina. 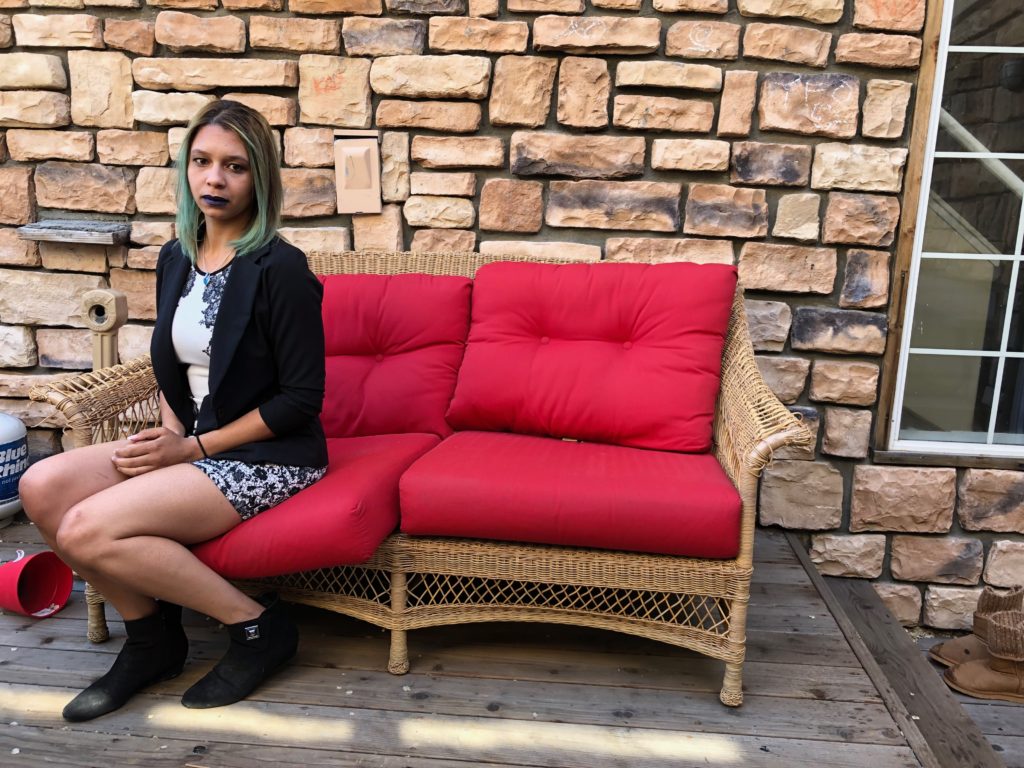 Nina poses on the back deck of the NYEP house in Reno. Her responsibilities at the program include helping current women enrolled with their communal programming as well as representing the program while tabling at local high schools. PC: Jordan Gearey.

Nina is adamant that her past doesn’t define who she is as a person, but it’s worth noting some of the traumatic events that she experienced in order to understand how much foster youth have to overcome to find normality and success as adults.

As a child, Shapey was locked in a closet and tormented constantly by her mother about being half Black. She recalls her mother yelling racial slurs at her and telling her that she “deserves to be shot”.

She said she experienced more racism in foster care when she was consistently passed on as too burdensome. Under very little supervision she got involved in substance abuse and became sexually active at a young age. She was drugged and raped at a party at the age of 13. After waking up in the hospital, she was told by local law enforcement that she deserved it since she was a “runaway” who snuck out to go to a party.

She would go on to practice prostitution and experience abuse from romantic relationships. She was institutionalized at three different mental health treatment facilities, one of which misdiagnosed her with anxiety and gave her adult medication that induced a seizure when she was 16. Her final stop before aging out of foster care was NYEP, though she admitted she was not ready to accept the program at the time. 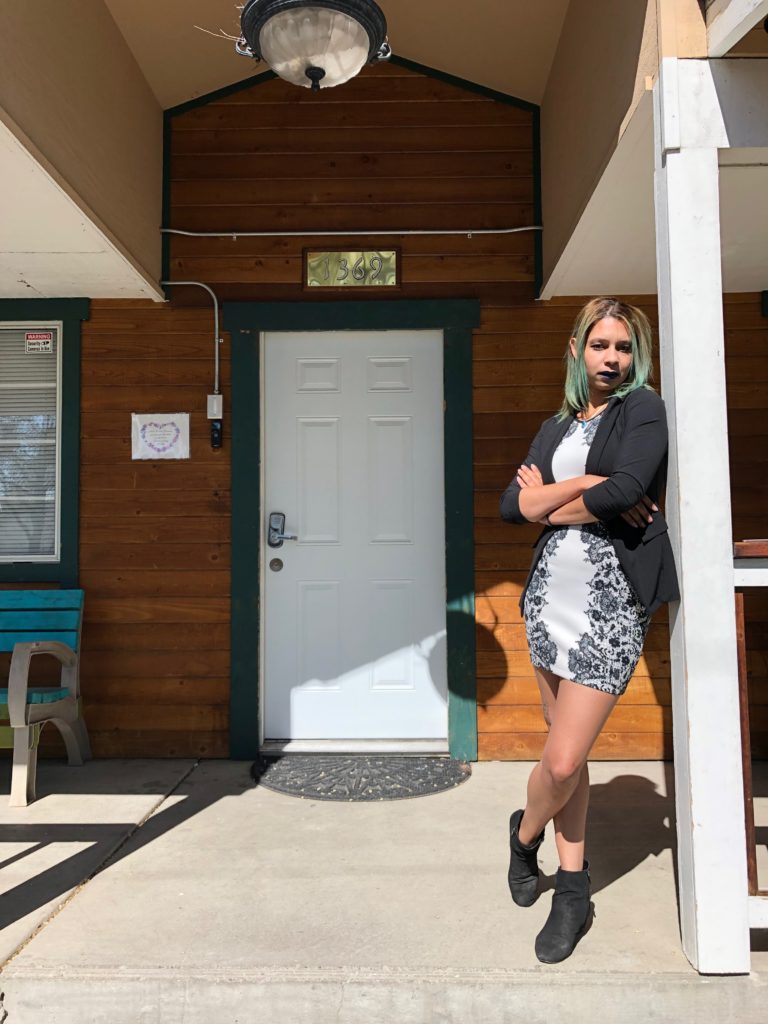 NYEP houses 11 girls age 18-24 years old. Girls who live at NYEP are required to either be working or going to school and must attend mandatory programming. Programming can include anything from cooking and cleaning courses to yoga and MMA. PC: Jordan Gearey.

Even Monica noted that Nina was still “foster-minded” when she first came to the program at the age of 17.

“There’s a battle when kids come into our program. You can feel it in their energy. To them, we’re just another adult telling them what to do.”

Nina battled the program until she was 18, at which point she went off on her own,  living in and out of homelessness. She had her first son at 19 while in an abusive relationship. She said she did not have much help in her effort to parent her son during the first year of his life. At 20, she was arrested for driving a stolen vehicle without a license and consequently gave up her son for adoption.

After getting out of jail, Nina experienced perhaps the most traumatic point of her life thus far. She was pregnant again, this time from a one-night-stand. She had no one consistent in her life to support her, and no money to support herself. Being pregnant while living on the streets was not a situation Shapey wanted to be in. Feeling trapped, she decided to try and induce a miscarriage.

“When I found out that I was pregnant again, I already knew that I had failed my first son. I had no career, no place, and no parenting skills whatsoever. I didn’t want to have to bring another child into this world and have to fail them all over again. I didn’t want to be like my mom. I knew that it would be better off if I didn’t have it.”

Nina tried to conduct her own abortion, but failed. At 30 weeks, Nina’s second son was born prematurely in a motel bathroom. Nina was alone. His name is Jasper, and after two months in the NICU, his lungs and brain developed enough for him to be discharged from the hospital, at which point he was taken into custody by adoption services. Nina didn’t fight it. She said she often thinks of her two oldest sons all the time, but knows they are in better care.

Almost three years after leaving NYEP, Nina returned for a second chance in the program. Now 21, she felt ready to surrender to the guidance of Monica and NYEP’s communal living program.

Monica saw Nina’s willingness and accepted her back.

“Nina is really strong. She’s probably one of the strongest kids I’ve ever met in my entire life. She’s very resilient. She’s going to make it no matter what life throws at her. Some kids are bent by their experiences and some people are broken by their experiences and you cant help a broken person. But bent people you can help bend them back into shape. Nina was just bent by her experiences. She survived these things that happened to her,” said Monica.

Nina’s second attempt at NYEP was a success. She graduated from the program and found her own place to live. She met her fiance one year later and got pregnant with her third son, who is now two-years-old. Monica offered her a part-time job at NYEP, where she can assist girls who have experienced similar childhoods and represent the program that she credits for saving her. 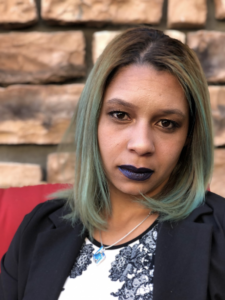 Nina hopes to continue to grow and learn. She’s pursuing her Bachelors and hopes to get involved in politics. PC: Jordan Gearey.

“I can tell my story all day long but nobody cares. Most kids in foster care don’t want to hear about your foster care experience because they’re going through the same exact thing. I try and just help them become a better person, but they do the same thing for me. Still being involved in the program helps me realize that I can be a better person than the day before.”

The odds were stacked strongly against Nina, and still are for so many kids like her, but she found a breaking point in her life where she was willing to surrender to the resources available.