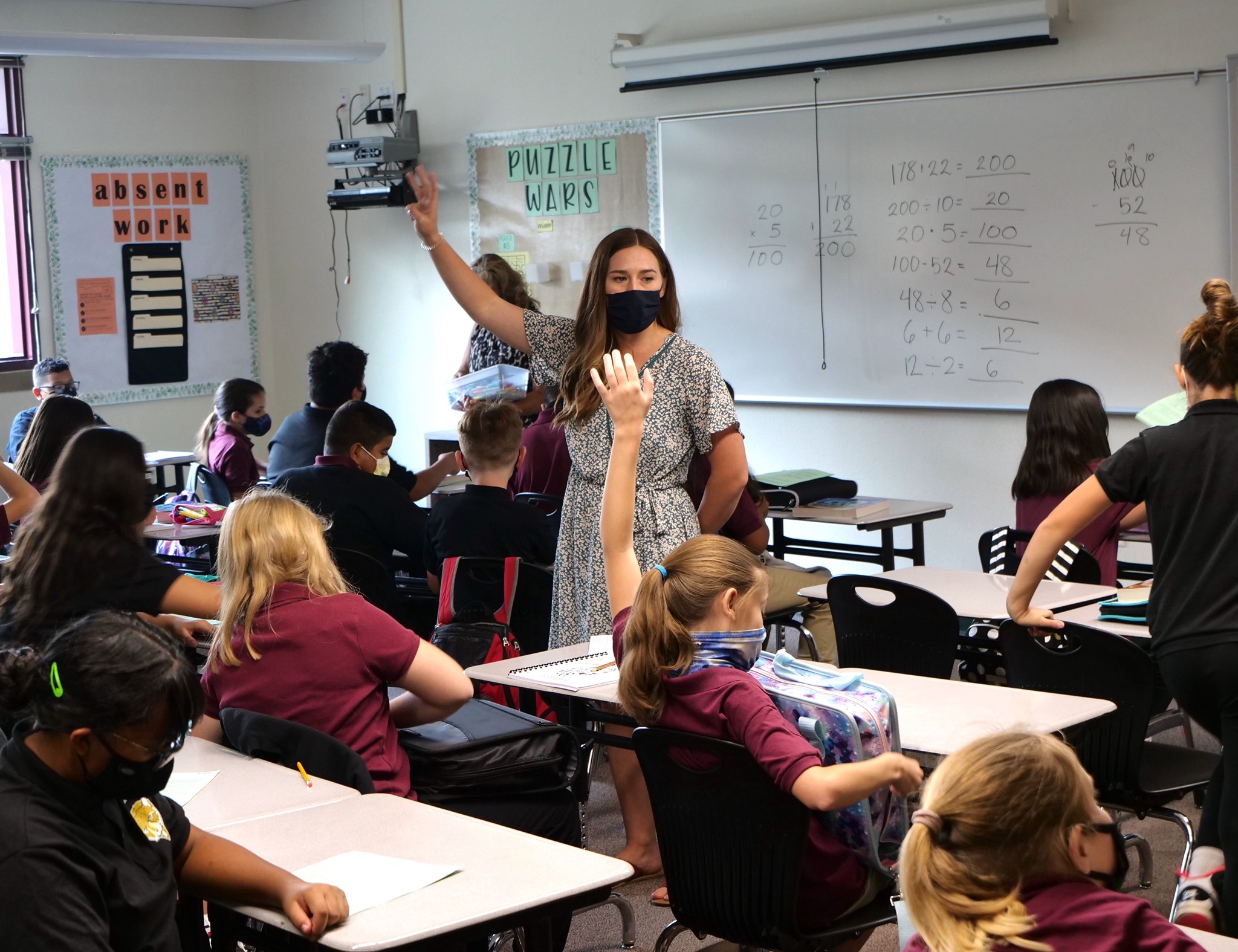 The Washoe County School District is grappling with a surge of COVID-19 cases among teachers and students. KUNR’s Andrew Mendez reports that while the district as a whole is not planning to go remote at this time, individual schools are now authorized to go virtual on a case-by-case basis.

According to the latest update, on Monday more than 300 teachers and 20 percent of students called out sick across the district.

Angela Taylor is president of the Washoe County School District Board of Trustees. Despite COVID cases increasing regionally, due to the omicron variant she says there are no district-wide plans to transition back to remote learning.

“This thing is moving and changing so rapidly it’s not to say at some point that conversation might not be required, but we have made a very strong commitment … to do all that we can to keep schools open. As long as we can do so safely.”

As teachers and staff are being spread thin, Taylor says some schools are better equipped to handle those shortages, while others aren’t. That’s why the board is allowing individual schools to determine if they should transition to  distance learning.

“That’s a conversation with the school administration, with the principal, and the area superintendent; and taking a look at what’s happening in each school.”

In an effort to mitigate the spread of the virus, the Clark County School District announced they would be taking a brief pause in instruction, something Taylor says is not being considered in Washoe County.