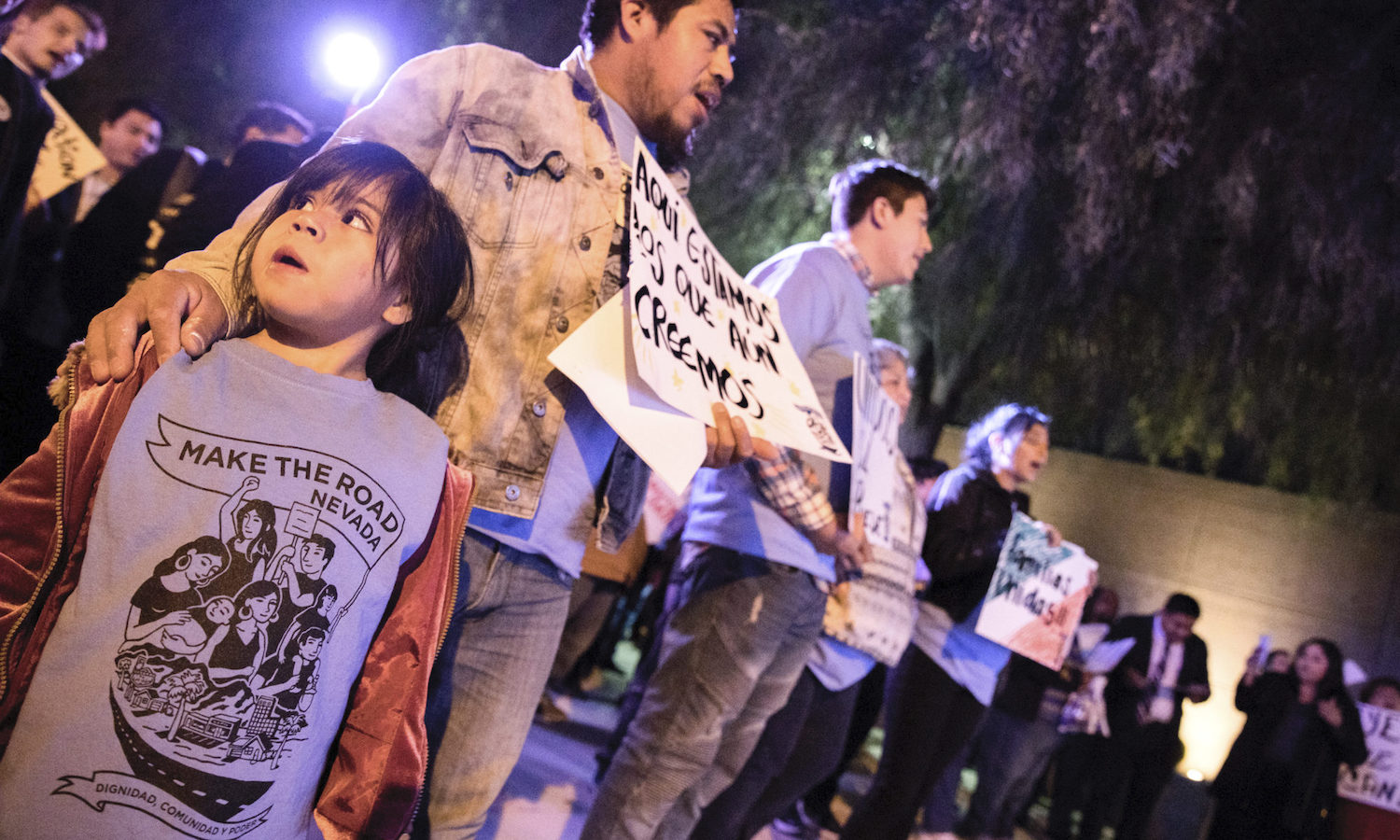 Alejandro Estrada and his daughter Ruby, 4, gather in support of Deferred Action for Childhood Arrivals program during a rally in front of Lloyd George Federal Courthouse in Las Vegas on Wednesday, Dec. 6,2017. Jeff Scheid/The Nevada Independent

Nevada elected officials and immigrant advocates celebrated on Thursday when the Supreme Court ruled in favor of the DACA program that offers relief to people brought to the country illegally as children, with justices describing the Trump administration’s decision to rescind it as “arbitrary and capricious.”

The 5-4 ruling — somewhat unexpected for immigrants rights advocates who had been bracing for the end of the program that defers deportation and allows participants to work legally in the U.S. — means the program will survive for now.

“DREAMers are Nevadans. They’re our neighbors, teachers & friends. They deserve to live and work in our state & country without the constant fear of deportation, and I’m thrilled and grateful that #SCOTUS agrees. DACA is the law! #HomeIsHere,” Gov. Steve Sisolak said in a tweet.

This portion of the article is shared as part of our collaboration with The Nevada Independent. This story was originally published on Thursday, June 18 and written by Luz Gray and Michelle Rindels.