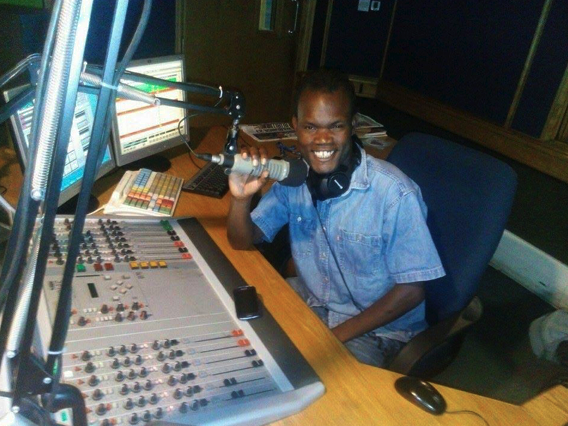 In this world, there are a lot of opportunities and for me to call myself an international journalist, I knew I had to move out of my comfort zone and come to the United States to pursue my career.”

Robert Apiyo, also known as Prince Nesta, moved to the United States six months ago on a five-year visa to pursue a Master’s Degree at the Reynold’s School of Journalism on a scholarship. He aspires to be an international journalist and began his quest when he found himself without a radio job in Kenya when his radio station, along with three others, were shutdown due to a technical shift in the media.

“When I got the scholarship back in Kenya, I knew I was going to experience a different culture with different people and a different way of thinking than I’m used to.”

The struggles Apiyo says he faced as an immigrant to the United States were challenging; language, food, music, visas, and the transportation system were just a few that he mentioned.

“The toughest day is always the day that you get to the American Embassy because you will find that people are frustrated because they’ve just been denied visas and at the same time there are people that are celebrating because they’ve been wanting this for their whole lives and have finally been approved for a visa.”

Apiyo says he was denied a visa to the United States previously but the day that he finally got approved for one was the best day of his life.

Although Apiyo says that Kenya with always be home for him and he plans on going back, he is thankful for the opportunities that America has given him to pursue a Master’s Degree and pursue his passion in international reporting.

“America gave me a visa and welcomed me into their country and at the same time it was Americans that gave me a scholarship to come to this country so I tend to dwell on the positive more than just someone who’s having a bad day.” He added, “The best way to experience this culture to the fullest is aligning yourself with different people from this particular culture.”