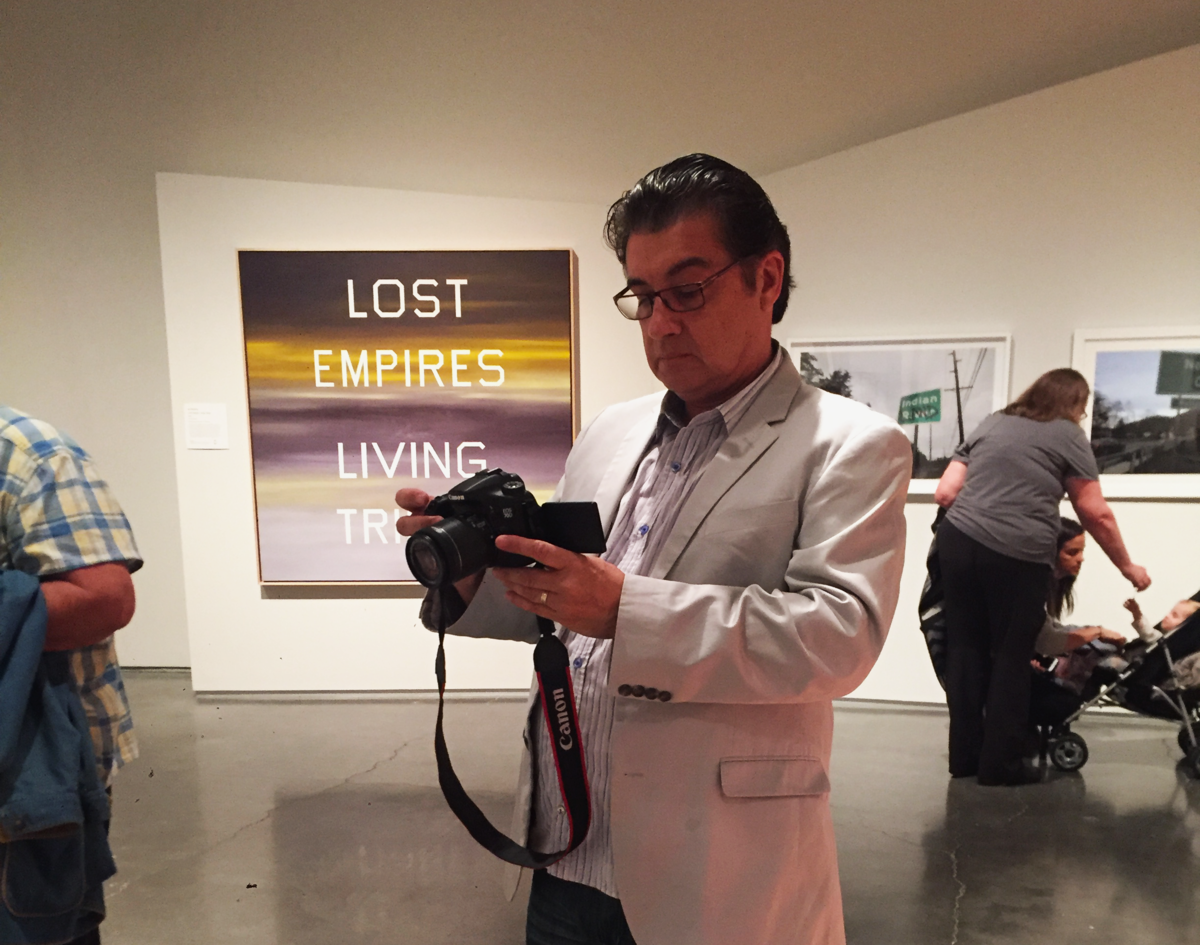 Guillermo Bert proudly takes pictures of his pieces displayed in the exhibition, standing back and reviewing them carefully.

“Unsettled,” the Nevada Museum of Art’s most recent exhibition, forces attention away from traditional art spaces like New York and brings an emphasis to works created in the West. Our Reporter Stephanie Serrano checked out the exhibit and has this story.

At a recent talk at the Nevada Museum of Art, a theater full of community members welcomed JoAnne Northrup, the curator of the exhibition.

Well, someone said something to me yesterday that really resonated, and they said, ‘This show is so beautiful and disturbing,'” Northrup told the audience. “And I just thought, ‘That’s perfect,’ because I want people to come see the exhibition and feel intoxicated with the visual beauty and the smells and the variety of all the indigenous art, and I want them to walk away and feel shaken up a bit–unsettled,” Northrup said.

There are 200 pieces from 80 different artists in the exhibition who are living and currently working in the greater West. One of them is Guillermo Bert, a Latin American artist from Chile who moved to Los Angeles one month after graduating college. In LA, Bert had to adapt to his new life, which was heavily influenced by main stream media and the massive movie industry. Living there also had a big impact on his art by leading him to explore consumer culture. 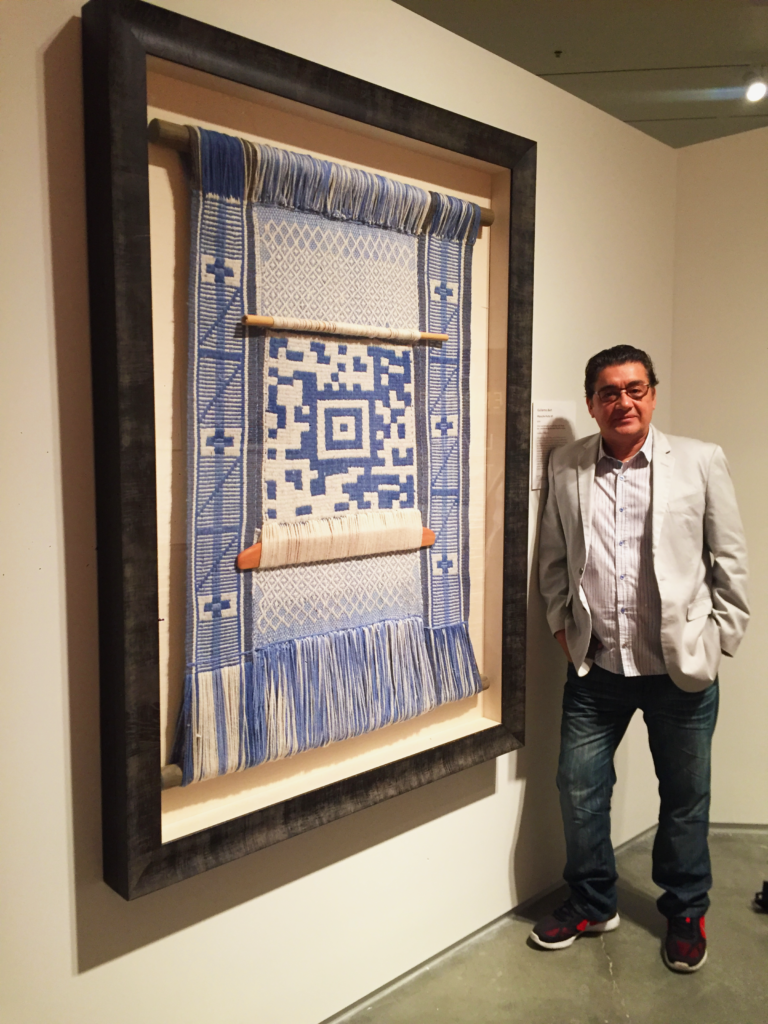 Bert named this piece “Mapuche Portal #1” because the QR code acts like a portal. Every month the traditional digital story will change, allowing the viewer to experience multiple worlds. CREDIT: Stephanie Serrano

“I was working with bar codes but it was a traditional bar code and this new generation of bar codes came up with the QR code, and those, when I looked at them, looked exactly like traditional Latin American textile,” Bert said.

For his art, Bert works with traditional Latin weavers to design tapestries. Each tapestry is an actual QR code. The patron can use their smart phone to download an app that will read the code then link the viewer to a mini video documentary exploring a specific Latin American story.

Bert has integrated traditional oral story telling with the world of the digital age. 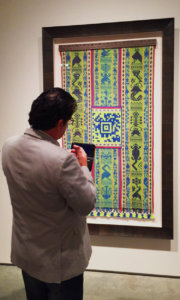 “This textile was done in Huaca by the Navarro sisters and they have a lovely house outside Huaca and a beautiful patio with flowers,” he explained. “They weave, the three sisters and the mother, in the patio. They tie up their back strap looms from the trees and then they start weaving all day long,” Bert said.

As a Latino artist, Bert has noticed that European and East Coast artwork are huge influencers that drive the market, often leaving other cultures as minor players in the industry. Bert believes that this exhibition is a step in the right direction to help include everyone.

The exhibition will run through mid-January.