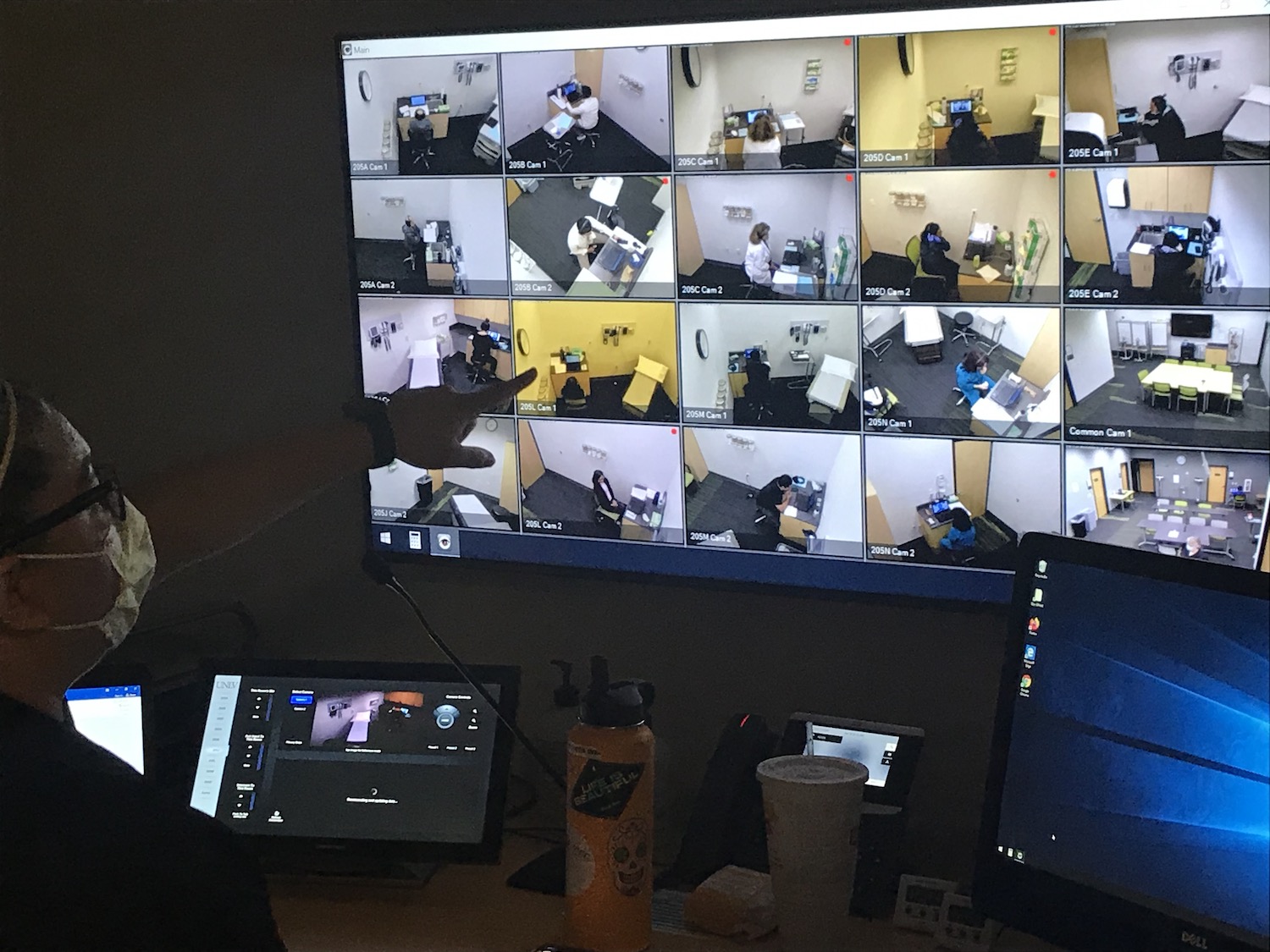 An existing language gap between patients and healthcare workers is being further exposed during the COVID-19 pandemic and University of Nevada, Las Vegas medical students are working to close communication challenges in the university’s simulation lab.

In Nevada, 31 percent of people speak a language other than English in the home. That’s according to a 2018 report by the Migration Policy Institute. The number one non-English language spoken in the state is Spanish, followed by Tagalog.

The large language gap in the U.S. medical field adds a layer of problems for those whose native language is not English. Often, someone in the medical office — anyone in the office — is asked to interpret the medical needs of the patient. These employees are asked to perform their skill without extra pay, taking time away from their regular tasks.

In many cases, a family member has to step up to be the interpreter, like a sibling, an aunt, or in some cases, even a child. Adriana Chavez is an artist raised in southern California who became her grandmother’s caretaker when she was diagnosed with cancer.

Now, Chavez is a standardized patient, one of the actors hired to role play with medical students at the University of Nevada, Las Vegas. Each medical simulation provides real-life scenarios so students can work with patients who may be experiencing a wide spectrum of health problems and may speak little to no English.

“I feel vulnerable in that there is a risk of the person in the medical field not really understanding what I’m trying to say and like hardship, because ‘I can’t understand them.’ There just seems to be frustration because we can’t talk openly,” Chavez said. “If I were a person who couldn’t understand, I would feel frustrated, vulnerable and alone, stuck in a hard place.”

There are at least 350 languages spoken across U.S. homes according to the most recent data from the United States Census Bureau.

Gigi Guizado de Nathan is the founder of the Standardized Patient Program at the Clinical Simulation Center of Las Vegas. She said there are multiple layers that make visiting a hospital a difficult experience for someone when English isn’t their first language, and even if the patient and medical interpreter do speak the same language, there may be differences in dialect.

“You get in there with someone you don’t know, and you are going to interpret for them, and you’re probably not trained in how to do this professionally, but you give it your best shot. You are likely to run into dialect differences between you and the patient. Maybe you’re from Distrito Federal [Mexico City] and they’re from Bogota [Colombia]. Do you use the same words and phrases? Probably not, so you got those challenges. Not to mention the health care provider that you share a common language with, English, also speaks another language that you may or may not speak, which is medical jargon,” Guizado de Nathan said.

A national study conducted in 2017 by Doximity, a social network for physicians, found that among the 60,000 respondents, 36 percent speak Spanish. It also found that 44 percent of physicians who speak a non-English language graduated from a medical school outside of the U.S.

It’s been a little more than a year since Guizado de Nathan started hiring actors and interpreters to role play with the medical students at UNLV.

The patient cases simulate a variety of health conditions. Some cases involve gallbladder and digestive complications, and others are a little harder to process, including telling someone they have a deadly disease like cancer. Now they’re diagnosing simulations of COVID-19.

On top of having to identify a new virus causing over 400 deaths in the state and over 100,000 deaths across the nation, Guizado de Nathan said the students are also learning a new skill: how to work with patients via telehealth.

“When the pandemic hit, the faculty and students that I work with had to very quickly pivot,” Guizado de Nathan said. “How can we quickly continue education, that is about communication, that is based on face-to-face interaction and reading body language? How can we do that online?”

Guizado de Nathan said third-year UNLV medical students who worked with bilingual standardized interpreters last year are already putting their new skills to the test. Some students have been connecting with medical interpreters at COVID-19 testing sites to help residents get tested for the virus in Las Vegas as the pandemic continues.

This article was produced in collaboration with KUNR Public Radio. The original version was originally published on June 22.