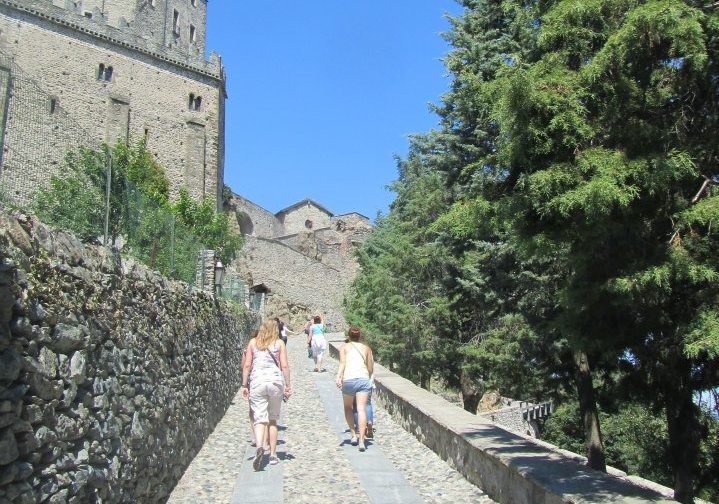 UNR students who lived and studied in Italy and South Korea during this spring semester will have to return to the United States because of the outbreak of the coronavirus in those countries. Credit: USAC/Facebook

The University Studies Abroad Consortium (USAC) announced this weekend the cancellation of its study abroad programs in Italy and South Korea. USAC had already suspended courses in China and now also declared the suspension of the first session of its summer program in the Asian country.

The reason: The global outbreak of the coronavirus and the disease it causes, COVID-19, which by Monday, March 2, had claimed four lives in the Seattle-area of Washington state. A total of six people have died in the United States. Before these deaths, 62 cases were reported in the U.S., including 44 from the Diamond Princess cruise ship that was anchored in Japan and repatriated last week.

The World Health Organization (WHO), however, wants the public to understand that 90 percent of the cases, about 89,000 patients, are in China. Furthermore, of the 8,739 cases outside China, 81 percent are in four countries: Italy, Iran, Japan and Korea.

“The epidemics in the Republic of Korea, Italy, Iran and Japan are our greatest concern,” said Tedros Adhanom Ghebreyesus, the director-general of the WHO, in a press release Monday.

For its part, USAC – a consortium of colleges with study abroad programs in which the University of Nevada, Reno (UNR) participates – decided to take the necessary precautions to care for its employees, professors and students in these regions.

“We are saddened that circumstances in Italy [and South Korea] do not allow us to continue the program as planned. The decision to cancel a program is never taken lightly and is only reached as a last resort while considering students’ health and safety, which is our top priority,” USAC published on its website.

The respiratory virus originated in China’s Hubei Province and has largely affected the capital city of Wuhan.

On February 6, the international press reported the death of Chinese doctor Li Wenliang, who had gained notoriety for being the first to raise the alarm about the coronavirus last December.

As a sinister twist of fate, Wenliang, who was first victim of the Chinese government’s censorship apparatus that accused him of spreading false information and disturbing social order and threatened him with imprisonment, died in a hospital from the disease he himself had discovered.

The medical center in Wuhan, where he had been treated, regretted his death and said in a statement that Wenliang, who for many in China is a hero, died despite their best efforts “resuscitate him.”

Here, the University Nevada, Reno student health center, is sharing resources from the Centers for Disease Control on its website.

“Counseling services is an option for those who may need them. Our office also provides general services,” said Ellie Cook, the front desk staff at the Office of International Students and Scholars. She added that, “it is not only the international students who are affected. I have family members who live in China and they are running out of supplies to stay healthy.”

Fortunately, “there were no UNR students enrolled in the 2020 spring term in either of our China programs,” Kim Tolman, director of university relations and communications for USAC, told Noticiero Móvil.

Regardless, USAC now has to prepare the evacuation of students in Italy and South Korea.

For students in Reggio Emilia, Turin, Verona and Viterbo in Italy, USAC urges them to make departure plans before March 10 when their travel insurance expires. Students in South Korea should notify the program of their departure as soon as possible.

To be sure, Tolman wants everyone to be prepared for all types of illness. “As we are in the midst of flu season and dealing with concerns about coronavirus, we would like to pass along some flu and virus prevention tips,” she said.

The school official listed a series of recommendations to prevent not only the coronavirus but also the flu, which is no less of a risk this winter: