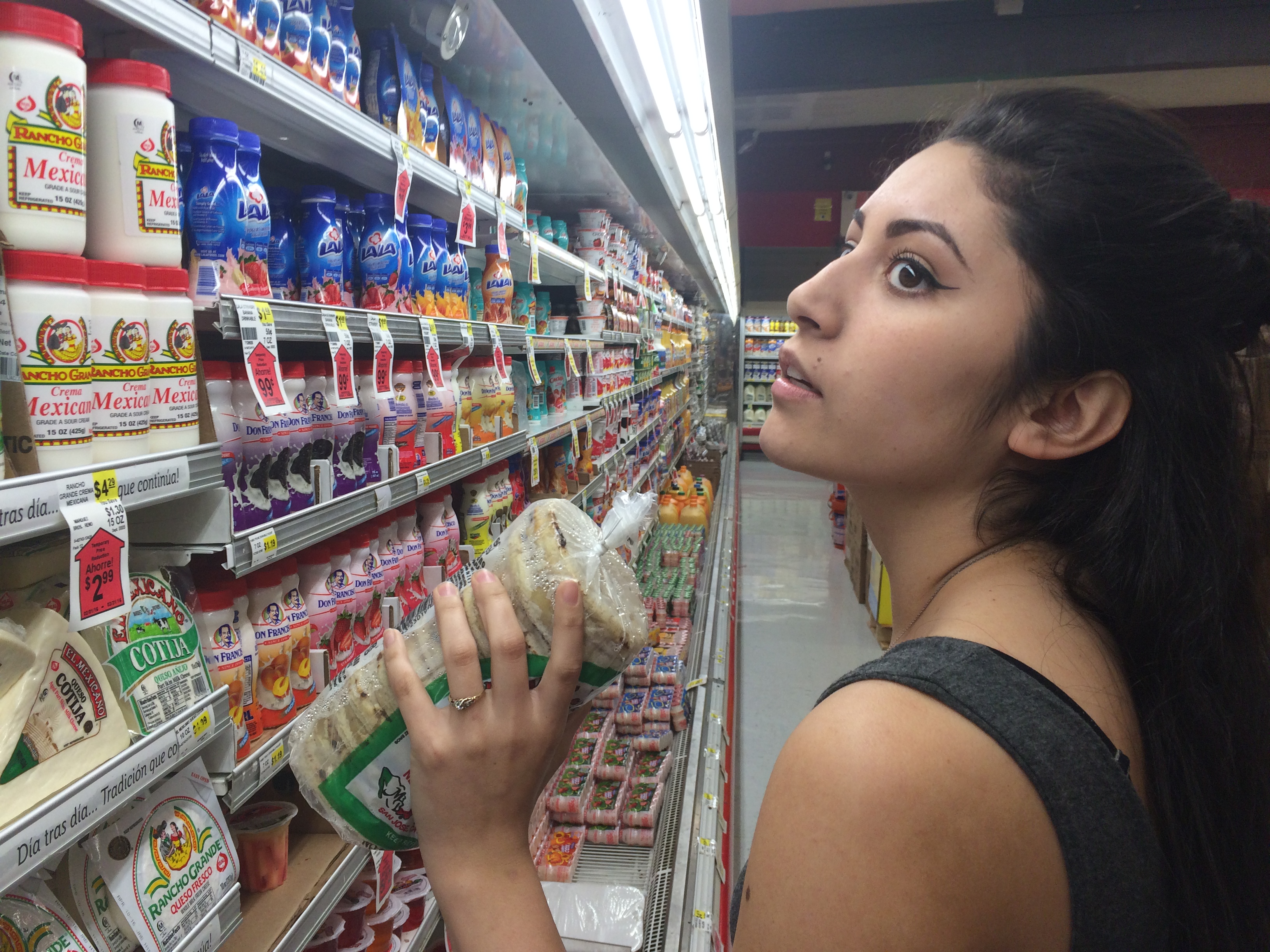 RENO, NEV – February 28, 2016: Stephanie Greenwood shops for ingredients to make sopes, a traditional Mexican dish, at the Marketon Supermarket on Wells Avenue. “When I found places like this market and this whole strip of Wells, I was like wow this feels more like home,” said Greenwood.

As a first generation American citizen, Stephanie Greenwood believes voting is her responsibility to her family.

By all accounts, Stephanie Greenwood is an average college student. With her bright smile and expertly applied liquid eyeliner, the 19-year-old wildlife ecology major is steadily working her way through classes at the University of Nevada, Reno, while also balancing a job, working 27 hours per week to support herself financially.

She is also preparing for a major milestone this year – voting in her first presidential election. Greenwood is most concerned with affordable education and raising the minimum wage and stays informed by talking to other young voters on campus and via social media.

“The money you make off of all these students and their loans, where does that go? Why do prices keep going up when we can barely afford it?” asked Greenwood.

Being able to vote has great personal significance for Greenwood.

“My parents and my entire family aren’t exactly eligible to vote, and by coming to America and doing all of the things my family and my mom did allowed me to have the opportunity to vote and have a say,” said Greenwood.

Greenwood’s mother came to the United States from Mexico in 1969 at the age of 21. She grew up in Cuernavaca with her father and sisters while her mother worked in the U.S. to send money to the family.

“The way she described it [Cuernavaca], it wasn’t the best place to live. They lived in a tiny house with a bed that she and six of her sisters would share at a time,” said Greenwood. “They’d actually pee in a bucket, and she’d have to walk down the street in bare feet to empty it out. To her, it seemed like two to three miles when it was actually a couple hundred feet.”

Several years after she moved to the U.S., Greenwood’s mother was hired by Chevron as a typist. She worked her way up in the company and retired as a chemist in charge of their fuel testing in 2014 after working there for 37 years, all without a college degree. Inspired by her mother’s struggle, Greenwood feels compelled to be as politically involved as she can.

“You think about all of the people that can’t vote because of certain barriers and I feel like I should vote. I owe that to my mom and my family and also to myself ‘cause it’s my future I’m voting for,” said Greenwood.